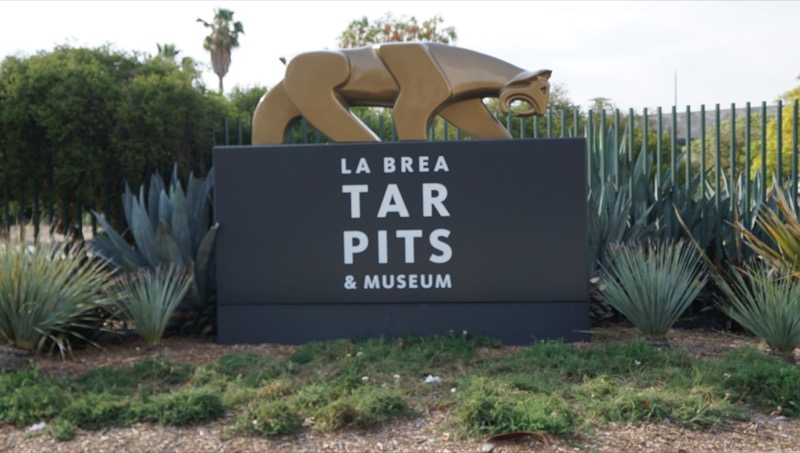 In the center of Los Angeles, the Le Brea Tar Pits is a renown authentic fossil site. When you visit you can expect to see fossils that date all the way back to the Ice Ages. Take your whole family and see a saber-tooth, or mammoth. Feed your mind with the incredible exhibition of the asphalt deposits which are more than ten thousand years old. Watch the paleontologists work in the Fossil Lab on their newest excavations, which features a huge glass viewing area, that guests can enjoy. Take a fascinating tour through the grounds and exhibits learning about the creatures that were once native to Los Angeles basin thousands of years ago.

The land of Rancho La Brea of more than four thousand four hundred acres was inherited by Antonio Jose Rocha in the 1820s. It was a provision that the land remains easily accessible by the residents of the pueblo to acquire asphalt. With the increase in population and development in Los Angeles, the property was eventually subdivided and ownership was transferred to George Allan Hancock as the final owner. Hancock supported science and placed emphasis on the preservation of fossils which were locally excavated from within the asphalt. He donated the land for Hancock Park which was developed in 1924 for his mission of fossil preservation and local fossil exhibitions.

Bones were being discovered at the site for hundreds of years, but often were considered to be the remains of domestic animals or farming livestock. However, when W.W. Orcutt a renown geologist studied the area and fossils in 1901, it was officially recognized that the bones found during the excavations were actually fossils of animals which were now extinct.  Other scientists including J.C. Merriam from the University of California, Berkley collected and excavated more fossils from the area which they concluded the site contained more solid bone, bone fragments, and bone materials than asphalt. International and National institutions became involved in the site. The site brought more scientists for excavation and studies. It also became a pilgrimage of sorts for some, and informal or unofficial school field trips for others. Informal and formal excavations continued, and as technology and science progressed so did the excavations, as new archaeology methods were employed and biological and geological data was recorded. During the foundation of the construction of the Page Museum in 1975, there was unusually large excavation which collected more than 20 blocks of fossils to be preserved. Scientists are still studying and preparing these fossils along with the recent discovery of more bone and fossils during the construction of the museum’s parking garage in 2006.

The Museum features a generous array of fossils on showcase for public viewing. It boasts a massive collection with more than seven hundred fifty thousand specimens, and a live on-site lab which viewers can take a peek at the wonder of the scientists and paleontologists studying, and preserving these fossils. You can walk around in Hancock Park outside and see large statues in honor of the now extinct animals that scientists believe they have uncovered below.  Tickets are $19 for adults, $11 for children. We are sure you will appreciate the history and fun that awaits at the La Brea Tar Pits and Museum.