A fascinating sight to see in Los Angeles is the culture iconic piece by Sabato Rodia. Sabato Rodia, a tile setter by trade was an Italian immigrant, born 1879. He moved to Watts in 1921 and became affectionately known as Sam. The renowned artist is the creative author behind the world’s largest individual piece of art ever constructed by a single individual. Sam was very dedicated to his project for nearly 33 years, every day he labored in it. The towers were constructed from 1921-1954 and have been open to public ever since. The Watts Towers which reaches heights of over 99 feet, were named Nuestro Pueblo by Rodia, which means “our town”. The Watts Towers were constructed on a triangular private lot and because of this, permits were not required for its construction. Sam’s, Watts Towers are a most beloved piece of art in the Los Angeles community. And a historical art icon for the culture of Southern California.
A complex hand-sculpted architectural phenomena, the Watt Towers are an extraordinary single art piece that consist of 17 large structures made completely out of steel. He brought color and texture to the towers by applying concrete and affixing various broken items onto it. Items such as tile, or glass; or even sea shells. Without welding, Sam Rodia wrapped the steel structure with rebars and wire mesh, finishing it with the concrete and mosaic pieces. The famed and unique sculpture is a tribute to both architects and artists.  The towers are recognized internationally within the art world. The Watts Towers are recorded on several historical registries. It is a National Historical Landmark, A State of California Historical Monument, a State of California Historical Park, and the Los Angeles Cultural Heritage Monument Number 15.
The Towers are owned by the City of Los Angeles Municipal Arts Department since 1975 and now operate as a museum and art gallery open to the public. The Gallery not only displays the historical piece by Sam Rodia, it also features an eclectic collection of both permanent and temporary exhibitions by many local artists. The Watts Towers are located at 1765 E. 107th Street, in Los Angeles, California, and hosts many events annually, which engage the city of Los Angeles and tourists alike in supporting the arts and artists in the community.
Commonly regarded as an Urban Eiffel Tower, The Watts Towers provides a hub for a variety of art styles. You can experience enriching workshops in the arts such as sculpting, painting, and drawing. Studio events for adults and children, and programs on literature, the spoken arts, martial arts, gardening, music and more. The Watts Towers are open daily but is usually closed to the general public on Mondays and Tuesdays. Tours are available to the public on Thursdays and Fridays from 11:00-3:00, Saturdays 10:30-3:00 and Sundays 12-3. The Art Center at the Watts Towers is open Wednesday-Saturday 10:00-4:00, and Sundays 10:00-4:00; General Admission for adults is $7, Seniors and Children aged 13-17 are $3, kids 12 and under are Free. 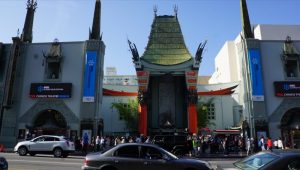